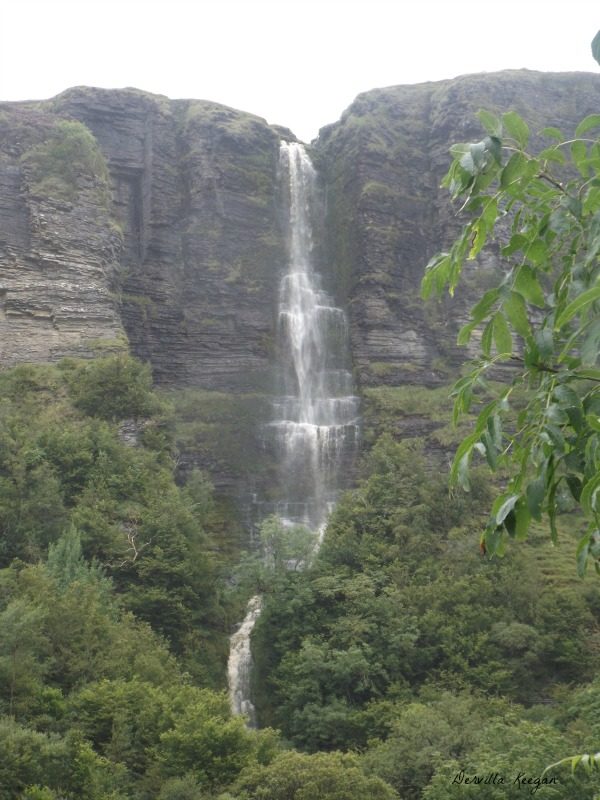 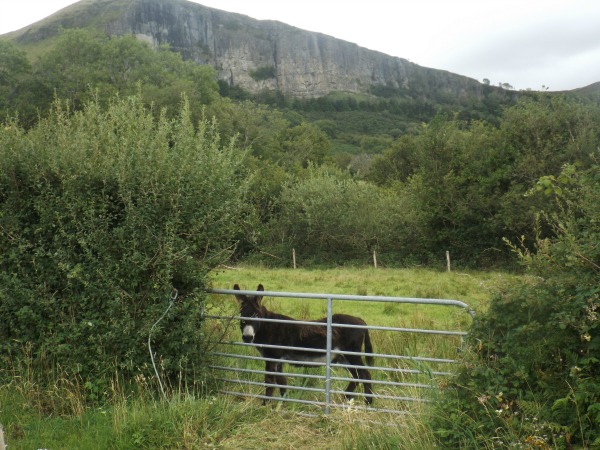 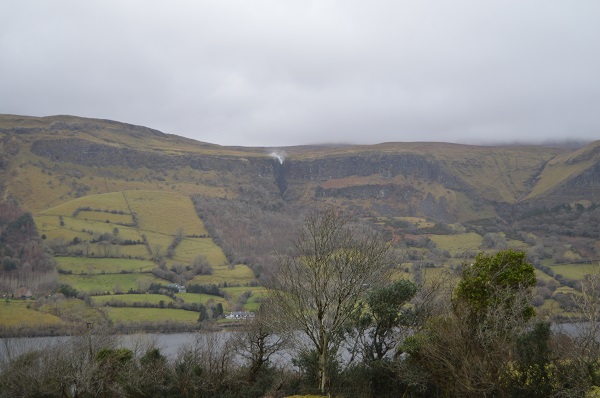 The waterfall  ‘Sruth in Aghaidh An Aird’ lies on the Sligo/Leitrim border in the Glencar valley, only stones throw from its more famous neighbor Glencar waterfall. At 492 feet (150m) Sruth in Aghaidh An Aird (also known as the Devils Chimney) is listed on the World Waterfall database as Ireland’s Tallest Waterfall. Its name means stream against the height and reflects the observed phenomena that during certain weather conditions (when the wind blows from the South) the waterfall is blown upward and back over the cliff from which it falls.  Due to this its become known as the devils chimney.

Glencar valley has a wide variety of plants and animals. Both the lands above the trail and the lake are designated as a Special Area of Conservation due to their own rich ecological value. Species range from Otter to Peregrine Falcon. Keep an eye out for the lovely donkeys in the fields on the way up the new walk way developed for the waterfall. They make a great picture opportunity with the backdrop of the lake. Also of interest are the yew trees, which grow high on the stretch their arms up the steep slopes as can be seen below the cliff face.

A note when planning your visit. The waterfall does not flow during periods of dry weather; but it is particularly spectacular during or immediately after periods of heavy rainfall. So a perfect off-season location to visit. 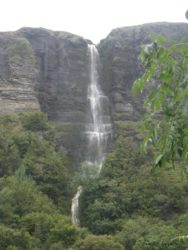 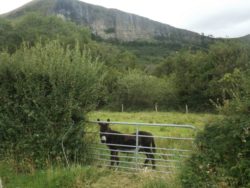 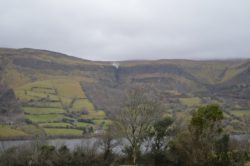