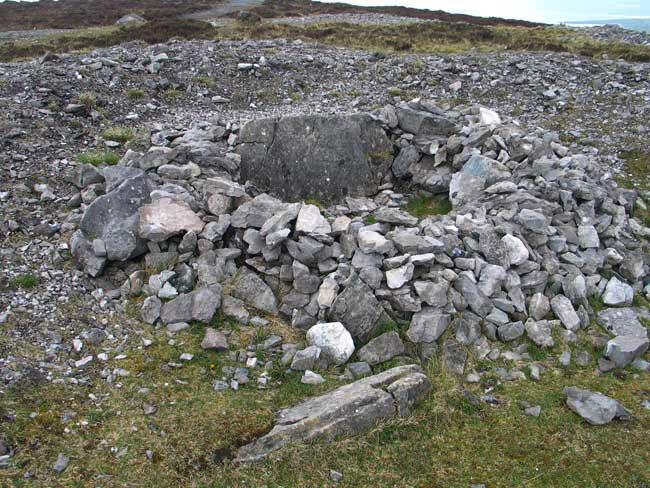 The 327 metre high mountain known as Knocknarea (Irish: Cnoc na Rí ) totally dominates the Cuil Irra peninsula. Sitting proudly on top is Queen Maeve’s Cairn (Miosgán Meadhbha), a neolithic passage tomb. The cairn is 55 metres wide by 10 metres high and has never been excavated. It had been only eight years since my last visit to Maeves Cairn, but even in the short time I noticed significant cairn slippage due to the number of visitors that actually climb the Cairn. In the Car-Park below there are signs asking people not to climb the Cairn.
It is a long walk up to the top, but is well worth the effort as the views of Ben Bulben and Strandhill are wonderful. The Carrowmore megalithic complex lies below the eastern side of the mountain and other sites are also visible from here Carrowkeel, Knocknashee and Cairns Hill to mention a few. Each time I have climbed Knocknarea I have been very unlucky with the weather, this time I was hoping it would be better as it was Deb’s first visit. There are several smaller tombs scattered around the mountainside, amongst them the small passage tombs at Knocknarea north and Knocknarea south and in the foreground of the above image is an unclassified tomb. There is also another passage tomb on the mountain at Grange North. 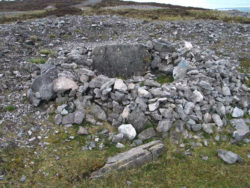