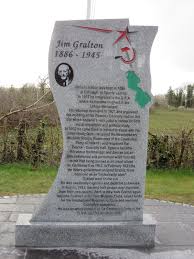 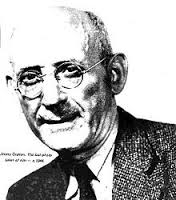 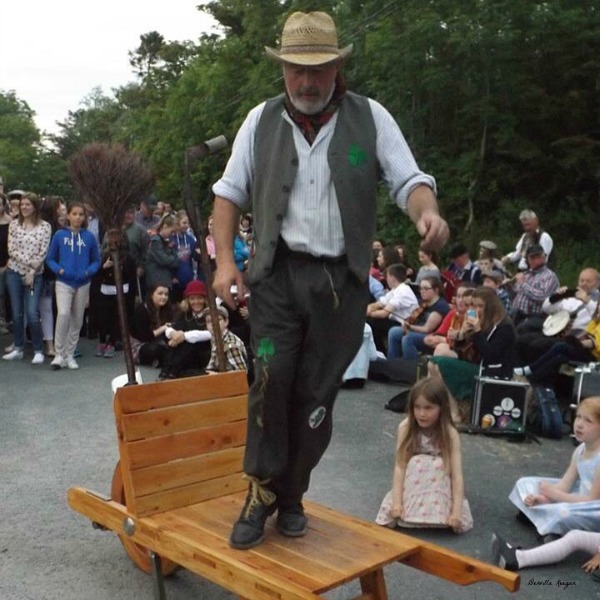 A monument to the memory of the Leitrim Socialist, Jimmy Gralton. Located on the site of Gralton’s “Pearse Connolly Hall” at Effrinagh, Co. Leitrim. It was unveiled on Saturday 3rd of September 2016 by President Michael D Higgins.  Jimmy Gralton was deported from Leitrim without trial in 1933. His crime was only to have set up a public hall in County Leitrim. This was a venue for education, community events. It hosted both traditional and the jazz that Gralton had brought back from America.  Gralton, a socialist, aroused fears and intolerance.  Jimmy Graltons life inspired a recent film by Ken Loach named “Jimmy’s Hall”

Point of interest: Keep an eye out on your calender as on midsummers night in recent years there has been a bonfire dance organised at the crossroads close to his monument. 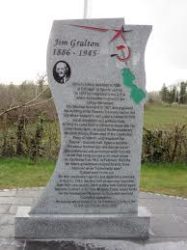 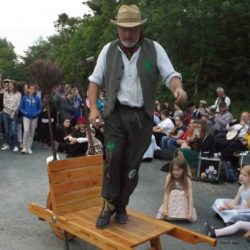