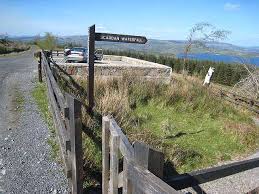 The Scardan waterfall can be found on the Arigna Miners Way hiking trail route outside Carrick On Shannon in Leitrim. Walk in the footsteps of the original track taken by coal miners with the arigna coalmines close by. The Arigna Mines in County Leitrim were exploited for over four hundred years to extract iron and coal. The village of Arigna was the centre of the industry, and the Miner’s Way and Historical Trail is an 118km-long figure-of-eight walking route that starts and ends at Arigna. It is said that the precise meaning of the word scardan is “mist that comes off a waterfall as the water rushes down”.   From the site of the waterfall you will find a lovely vantage point for panoramic views of Lough Allen. 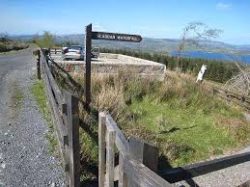