A few years ago Cormac O’Keeffe and Saramai Leech settled in an out-of-the-way cottage on an estate a few miles from their home town Navan, Co. Meath.

Using their Kitchen as a studio they left the door open and the peahens and chickens would curiously make their way inside. During these years with feathered creatures as friends and tall old trees as a backdrop, Pearly was born. Vocal harmonies, synths, strangely tuned and detuned reverberant guitars abound in a vast yet minimal sound.

In the Winter of 2017 they drove to Berlin with a batch of songs and their instruments packed into a van. With an apartment and studio in close proximity they hit a purple patch of writing and gigging. The vibrant city and people found it’s way into their sound and performances. They shared stages with Hilary Woods, Steve Gunn, Half Waif, Conor O’Brien.

Being selected for the Irish Music Week industry showcase both last year and this year, they played over 50 shows including a showcase at the Irish Embassy in Berlin. This journey led them to acclaimed producer Julie McLarnon  with whom they recorded earlier this year.

Double A-Side “Chain of Coral / Feelings of Plenty” marked the first release from Pearly last October. Stereogum had the following to say:

“The duo’s melody weaves in and out of focus initially, like tips of flames moving in unpredictable yet still natural arcs. The song becomes entrancing …, drawing you in with one flare, one faded hook, before encouraging you to get lost in its currents. It’s a sighing, beautiful composition.” – Ryan Leas, Stereogum. 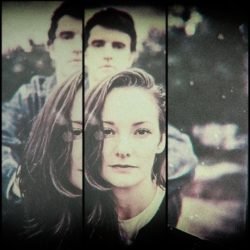