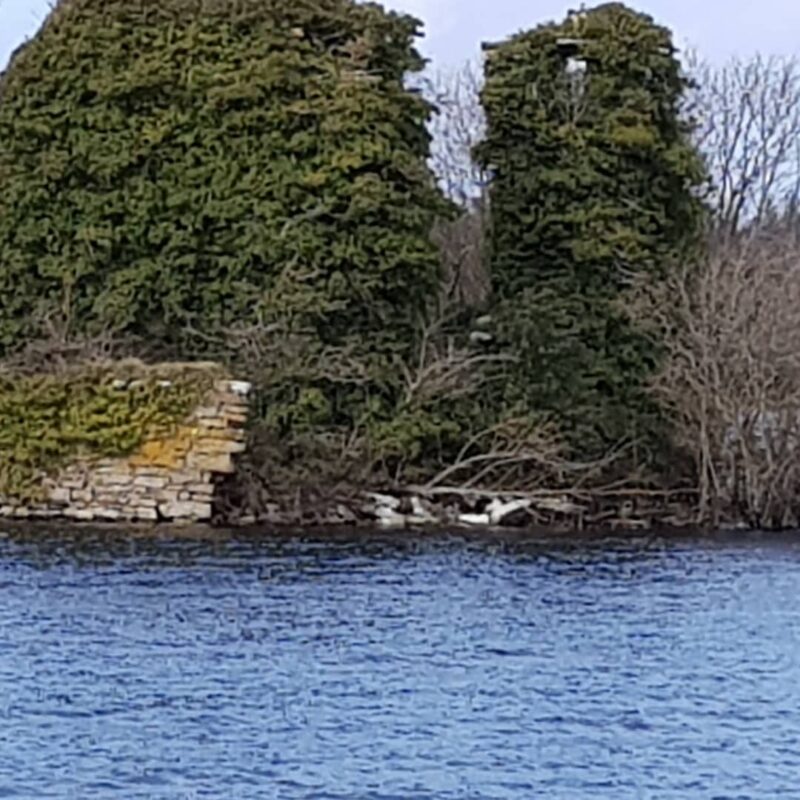 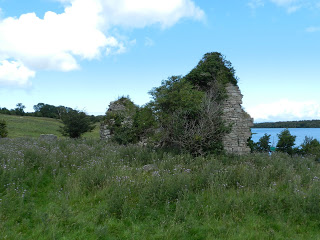 On the southern shore of Lough Melvin are the ruins of Rossclogher Castle and Church. Their ruins stand side by side  on a rocky circular  crannog  about forty feet in diameter and less than thirty yards from the shore.

The ancient territory of Dartry corresponds with the present barony of Rossclogher. Its hereditary chiefs were the Mac Clancy’s. The castle, is part of a larger settlement on the adjacent shore and  not designed for living in but to be used in troubled times as a place of security. There are outlines of what was once a fairly large settlement on the lake shore but the only actual building now remaining is a ruined church. This was built about the same time as the castle.

This site is not currently open to public 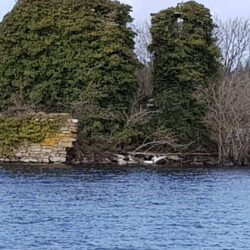 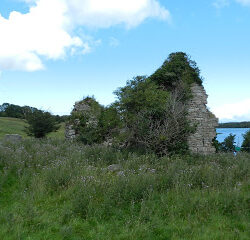